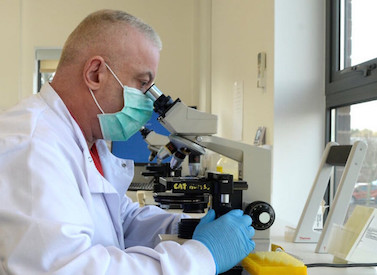 The Northern Powerhouse Investment Fund (NPIF) announced it has invested over £100 million into more than 270 Northern businesses across nearly 400 transactions since the beginning of April 2020.

The NPIF said £60 million has been provided in debt finance, benefiting 163 companies, while 92 firms have accessed £7 million of microfinance.

Meanwhile, NPIF equity investments totaled over £35 million, a number of which were invested alongside the Government’s Future Fund.

Alongside these figures, nearly £150 million of additional funding was co-invested from the private sector.

“This investment has been crucial in supporting businesses to continue both operating and adapting by launching new products or services over the last year,” said NPIF.

“This trend is particularly strong in the digital sector, with 16 per cent of the total number of investments made since the UK’s first lockdown benefitting information and communication businesses.

“In addition, 21 per cent of investments were made into advanced manufacturing businesses, and 14 per cent were made in the health and life science sectors.

“Businesses that have benefitted from funding over the last year include Tees Valley-based Acculabs Diagnostics, a private pathology organisation that secured £500,000 over two rounds of NPIF funding backed by CBILS from NPIF – FW Capital.

“This investment has funded more crucial equipment for the organisation, as well as additional working capital.

“One North West-based organisation that has been supported is Liverpool Chirochem, an international chemical technology business which provides products that are used for the research and development of new drugs.

“NPIF – Maven Equity Finance led a £2 million funding round for the business earlier in 2021, supporting the company in establishing its UK and China operations and growing its initial team to 12 employees.

“Red Star 3D, a Sheffield-based animation studio, is another company that has benefitted from NPIF investment.

“The business is expanding its operations following a £100,000 loan from NPIF – Mercia Debt Finance, which will enable Red Star 3D to grow its team and produce more work for film companies worldwide.

“As part of the 2020 Spending Review, the Chancellor announced an additional £100m allocation for the Northern Powerhouse Investment Fund, bringing the total for investment for Northern businesses to over £500m.”

Grant Peggie of the British Business Bank said: “Over the last year, we’ve seen real determination and agility from the small business community across the North.

“Whether it has been used to simply survive or to adapt and thrive, this pandemic has demonstrated the transformational impact that funding and ongoing support can have on business success.

“We’ve worked closely with Combined Authorities, Local Enterprise Partnerships, Growth Hubs, and other key stakeholders across the region to provide this level of investment and business support over the last year and we are proud that this collaborative effort is making a real difference to companies in the region.”