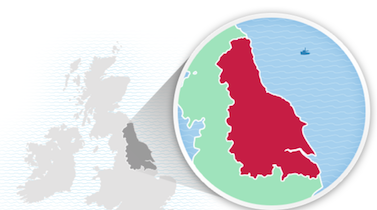 Newcastle-based Northern Powergrid has announced it will invest £234.5 million in data and digitalisation initiatives from 2023 to 2028, including a £10 million increase in annual spending to support decarbonisation.

Northern Powergrid manages the electricity network for more than 8 million people across 3.9 million homes and businesses in the North East of England, Yorkshire and northern Lincolnshire.

Paul Fitton, Northern Powergrid’s head of information systems, said: “We will significantly expand our use of data for planning and operation of network and customer assets.

“It will become the key to unlocking new capabilities that we can deploy as we drive towards net zero.

“Across our business, the investment in data and digitalisation will modernise the way that we operate, driving down costs and setting the groundwork for a smarter system to benefit all of our customers.”

On July 2 Northern Powergrid announced proposals to invest £3.2 billion that will support the region’s drive towards a net zero future and create 1,000 new jobs

Its draft plan for 2023-28, which has been submitted to Ofgem, sets out the company’s ambitions to deliver an electricity network across the North East, Yorkshire and northern Lincolnshire “that embraces and enables regional decarbonisation.”