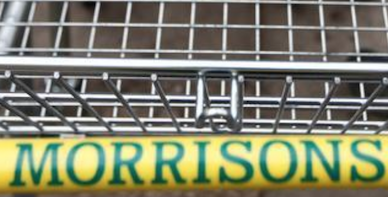 The UK Takeover Panel said on Monday it has extended the deadline for US private equity group Clayton, Dubilier & Rice (CD&R) to consider a counter bid for Bradford-based supermarket giant Morrisons by 11 days to August 20.

Last week, a consortium led by Fortress Investment Group raised its agreed bid for Morrisons by £400 million to £6.7 billion — with its offer now standing at £2.72 per share including a 2p special dividend.

On Friday, Morrisons adjourned from August 16 to August 27 the shareholder meeting to vote on the Fortress offer. To pass, it would need the support of shareholders representing at least 75% in value of voting investors at the meeting.

Morrisons shares are trading around £2.78 — suggesting some investors expect a higher offer for the company.

Analysts have speculated that Amazon, which already has a partnership deal with Morrisons, could also enter the bidding for the Bradford firm.

Fortress, a subsidiary of SoftBank Group, is backed in its proposed deal by a consortium that includes the Canada Pension Plan Investment Board (CPP Investments), Koch Real Estate Investments and Cambourne Life Investment, an investment vehicle of Singapore’s sovereign wealth fund GIC.

The Takeover Panel said in a stock exchange statement on Monday: “On 22 July 2021, pursuant to Rule 2.6(d) and Section 4 of Appendix 7 of the Takeover Code (the ‘Code’), the Executive announced (Panel Statement 2021/13) that CD&R would have until 5.00 pm on 9 August 2021 to announce either a firm intention to make an offer for Morrisons under Rule 2.7 of the Code or that it does not intend to make an offer for Morrisons.

“On 6 August 2021, Morrisons announced that the shareholder meetings to approve the offer for Morrisons by Oppidum (a newly formed company indirectly owned by funds managed or advised by affiliates of Fortress Investment Group, LLC) will be adjourned to 27 August 2021.

“This deadline will cease to apply if, before that time, a third party other than CD&R has announced a firm intention to make an offer for Morrisons under Rule 2.7 of the Code.

“Each of Morrisons, Oppidum and CD&R has accepted this ruling.”