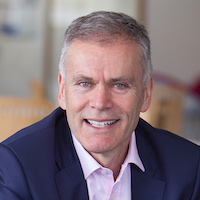 Carlisle-based Cumberland Building Society announced it is embarking on major investment as it promises to offer banking services that are “kinder to people and planet”.

The pledge came in the mutually-owned society’s annual report which showed savers’ deposits grew by £100 million to £2.4 billion in the year to March while mortgage lending hit a record £2.2 billion as the Cumberland provided loans to over 500 first-time buyers.

Profits before tax fell from £10.5 million to £8.6 million, mainly because of increased investment in its Cumberland 2025 modernisation programme.

“At a time when many banks and building and societies have carried out wholesale closures, the society remains committed to its branch network despite an increased uptake of online services,” said the Cumberland.

“As a mutual – owned by its savers and borrowers – it does not pay dividends to shareholders, enabling it to invest surpluses to improve services.”

Writing in the annual report, chairman John Hooper said: “Our Cumberland 2025 plan will provide new digital channels, making it easier, quicker and more convenient to engage with us and manage accounts.

“Our branch customers will also benefit from a more streamlined, efficient way of working ‘behind the scenes’ too.”

Chief executive Des Moore said he expects a “noticeable reduction in profits over the next few years” as the Cumberland steps up investment, cushions vulnerable customers from the rising cost of living and lives up to its new strapline: “Kinder banking. It’s in our nature.”

The society gives 1.5% of profits to charitable causes, donating £188,000 in 2021-22. This year, it has pledged to donate £2 to Samaritans for every vote received at its annual general meeting.

The Cumberland’s head office in Carlisle reopened in February but many employees continue to work at home part of the time as the society embraces hybrid working as standard, which it says is popular with colleagues and will help it attract new talent.

The Cumberland aims to have 50% of senior positions filled by women by April 2025.

Hooper said: “Financially, the Cumberland remains in a strong position. Despite the uncertainties of the pandemic, our arrears and bad debts remain remarkably low.”