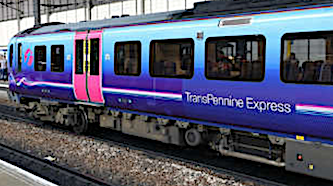 UK Transport Secretary Grant Shapps announced that the UK Government will more than treble the investment for TransPennine Route Upgrades (TRU) — slashing journey times and “setting the foundations for Northern PowerHouse Rail and reducing carbon emissions by up to 87,000 tons per year.”

The UK Government said the increase in funding, from £2.9 billion to more than £9 billion “is set to strengthen TRU and Northern PowerHouse Rail transforming an already ambitious project to a ‘gold standard’ and delivering on the Government’s priority of Levelling Up the country.”

The UK Department for Transport said: “The full route will be fitted with the latest technology, from complete electrification and full digital signalling, to increased capacity along the route for passenger and freight services between Huddersfield and Westtown in Dewsbury, doubling tracks from two to four.

“A further £959m of funding has been released to progress the next phase of TRU between Manchester and York.

“The almost £1bn will be spent on the remaining electrification of the railway between Stalybridge and Manchester and unlocking shorter journey times and trans-Pennine rail freight flows with electric trains between Manchester and Stalybridge, expected to hit the tracks around the middle of the decade.

“Funding will also facilitate Northern Powerhouse Rail potentially doubling the amount of direct construction jobs from 2000 to up to 4,000 taking thousands of lorries off our roads and delivering better journeys, sooner for passengers across the North.”