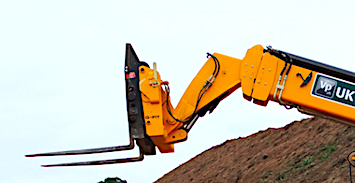 Harrogate-based equipment rental group Vp plc — which in April launched a formal sale process (FSP) for the company — announced it has decided to conclude the process with no sale.

“The board carefully reviewed a number of proposals with its advisers and has unanimously concluded that none of the proposals would meet the board’s objectives of delivering an outcome that would satisfactorily meet the interests of all stakeholders,” said Vp.

“Vp’s controlling shareholder Ackers P Investment Company Limited, a company connected to Vp’s chairman Jeremy Pilkington, has indicated to the board they remain committed to Vp and have no intention of selling their shares on the market for the foreseeable future.”

Vp has a current stock market value of about £345 million.

Pilkington said: “In the original FSP announcement I commented that Vp’s controlling shareholder, a company connected to me, had decided that it wished to diversify its investments.

“Following a review conducted with our advisers, we, as a board unanimously concluded that it would be in the best interests of all the company’s stakeholders to launch the FSP.

“The process was focused on identifying the right owner for the business and whilst we were pleased with the level of interest shown, the FSP did not lead to the identification of a suitable new owner.

“I am pleased that Vp’s controlling shareholder Ackers P Investment Company Limited, a company connected to me, has confirmed its ongoing commitment to Vp following the conclusion of this process.”

Vp CEO Neil Stothard said: “When we announced the FSP on 28 April 2022, we made it clear that having regard to the interest of all the company’s stakeholders the board concluded that it would be appropriate to investigate the sale of the company.

“Whilst we received a good level of interest throughout the process, the board concluded that none of the proposals submitted met our original objectives.

“We are pleased that the controlling shareholder (Ackers P Investment Company Limited), a company connected to our chairman Jeremy Pilkington, has indicated to the board that they remain fully committed to Vp.

“Throughout the FSP it has been a case of business as usual within our trading divisions with distractions successfully kept to an absolute minimum.

“At our recent AGM on 21 July 2022, Jeremy commented that ‘trading within the business has been positive into the new financial year.’

“We have strategic growth plans in place for all of our businesses and we intend to execute those plans and continue to deliver on our long-term track record of creating shareholder value.”