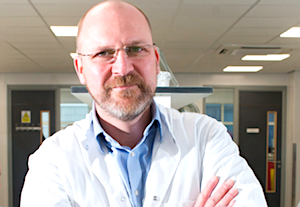 “AVA6000 is a form of the generic chemotherapy doxorubicin that has been modified using the pre|CISION technology so that it is activated predominantly in the tumour with the aim of sparing healthy tissue from exposure and improving the safety, tolerability and efficacy of the drug,” said the Wetherby firm.

“Doxorubicin has a market size that is expected to grow to $1.38bn by 2024, and is widely used as part of the standard of care in several cancer types.

“Avacta has an ongoing Phase 1 clinical trial to assess the safety and pharmacokinetics of AVA6000 which has potential as a treatment for patients with a range of cancer types, including soft tissue sarcoma.

“The FDA can grant ODD based on a review of preclinical data from investigational treatments for rare diseases, such as soft tissue sarcoma, which are defined as conditions affecting fewer than 200,000 people in the US.

“This designation qualifies the developer of the drug for certain incentives, including, seven years of market exclusivity upon drug approval from the FDA.

“Soft-tissue sarcoma is a rare mesenchymal malignancy which accounts for less than 1% of all adult tumours.

“Despite the successful advancement of localised therapies, such as surgery and radiotherapy, these tumours can recur, often with metastatic disease.

“The American Cancer Society estimates that, in 2022 approximately 13,190 new soft tissue sarcomas will be diagnosed, and about 5,130 people are expected to die of the disease in the US.”

Avacta CEO Alastair Smith said: “We are delighted to receive Orphan Drug Designation from the FDA for AVA6000, which is a reflection of the high quality of the preclinical data and the potential benefit the pre|CISION platform can bring to cancer patients.

“Most notably the Orphan Drug Designation will give Avacta, if AVA6000 is approved for treatment of soft tissue sarcoma, seven years of market exclusivity in the US, which is a significant commercial advantage.”