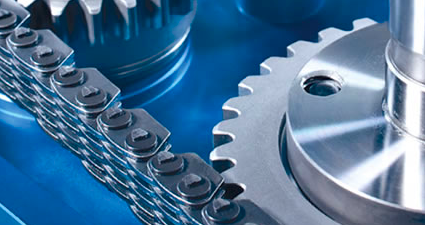 Manchester industrial chain and power transmission firm Renold plc said on Tuesday the strong momentum it experienced in the second half of the last financial year has continued into the new year.

In an AGM trading update covering the five months ended August 31, 2022, Renold said: “Sales revenue for the period, at £93.0m, represents an increase of 18.7% on the prior year equivalent period or an increase of 11.7% at constant exchange rates.

“Post-acquisition, YUK contributed £0.8m to sales during the period.

“Excluding the impact of the £11.0m long term military contract announced in July 2021, this represents an increase of 15.3% over the prior year equivalent period or 7.6% at constant exchange rates.

“As a consequence of the acquisition of YUK for initial cash consideration of €20.0m and increased inventory holdings, as part of contingency planning against the potential impact of energy supply disruption in the second half of the financial year, net debt at half year is projected to be approximately 1.5 times EBITDA, in line with previous guidance.

“Whilst the board is mindful that global markets continue to be uncertain, with ongoing labour and energy cost inflation and supply chain disruption, the group’s trading momentum continues to be positive.

“The group has record order books and the acquisition of YUK provides opportunities for synergies and further growth.

“Therefore, the board expects adjusted operating profit for the year to 31 March 2023 to be in line with recently increased market expectations, following the announcement of the acquisition of YUK on 4 August 2022.”