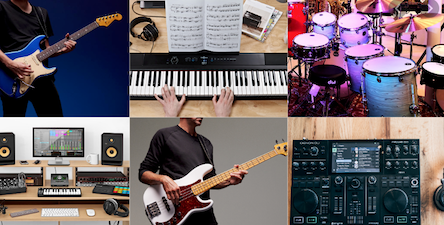 Shares of York-based online musical equipment retailer Gear4music fell about 11% on Friday after it published an AGM trading update saying it will “moderate” its full year performance expectations.

Gear4music’s share price soared above £10 during the pandemic as many people bought a music instrument, but the company’s stock has fallen more than 80% in the past year to around £1.15, dragging its stock market value down to £25 million.

Gear4music CEO Andrew Wass told the AGM: “As previously reported, we were expecting inflationary pressures to restrict operating margins during FY23, and despite the weaker consumer environment we are pleased to have achieved sales growth during Q1.

“Trading during July and August has, however, been further impacted by the widely reported cost of living crisis and unusually hot weather across Europe.

“We expected a return to a more normalised seasonal trading pattern during FY23 with less demand during summer months than winter months, and early indications are that trading has improved in September.

“However, given the lack of visibility over the timing of any improvement in consumer sentiment and wider macroeconomic conditions as we approach H2, we believe it is now prudent to moderate our full year expectations accordingly.*

“We now expect FY23 revenue to grow to approximately £155 million with EBITDA of £9m. In line with our stated strategy the group will continue to focus on delivering profitable growth as its first priority.

“Our pipeline of growth orientated projects, including AV.com, continues to make good progress, and we are seeing strong results following last year’s investment into our new European distribution hubs.

“We remain well funded and profitable and the Board retains its confidence in our medium and longer-term profitable growth strategy.

“The group intends to announce a more detailed trading update in relation to the six-month period ending 30 September 2022 on 20 October 2022, followed by half year results for this period on 15 November 2022.”

*Gear4music believes that consensus market expectations for the year ending March 31, 2023, prior to release of Friday’s announcement were revenues of £163.9 million and EBITDA of £11.9 million.