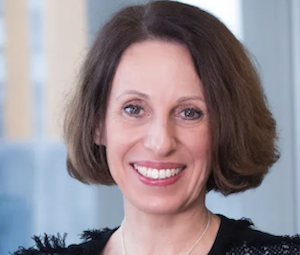 Manchester-based Co-op Group has announced a new leadership structure for its convenience and wholesale operations.

After six years with the Co-op, with over five years as its Food CEO, Jo Whitfield has decided to move on.

Matt Hood, former Commercial Director, will become Managing Director of Co-op Food, responsible for both the commercial and operational areas of the business.

Co-op chair Allan Leighton, said: “Jo has decided that this is the right time to move on and pursue her next challenge.

“During her time with us, Jo has led a re-invention of our Food business. She always put colleagues first and championed colleague safety.

“She leaves the Co-op with our warmest wishes and deepest thanks for everything she has delivered for our colleagues, members and customers.”

Co-op CEO Shirine Khoury-Haq said: “I wish to express my thanks to Jo for all that she has achieved and wish her all the best in the next chapter of her career.

“I am delighted to announce that Matt is our new Managing Director of Co-op Food with both the commercial and operational areas reporting into him and he will ensure we remain leaders in convenience.

“We have an incredibly strong team, an established position to build from and the hunger and opportunity to achieve so much more in the years ahead …

“Michael Fletcher is also leaving his role as Nisa CEO in early October and will then pursue a new career path, supporting multiple businesses. He leaves behind a huge legacy.

“Peter Batt will take over from Michael with immediate effect to allow a managed handover with Michael.

“Peter has extensive experience in retail and trading, having been our Divisional Managing Director in the South, and brings with him both commercial and operational experience from his roles outside of Co-op.

“I have the upmost confidence that Peter will hit the ground running to support our Nisa partners.”