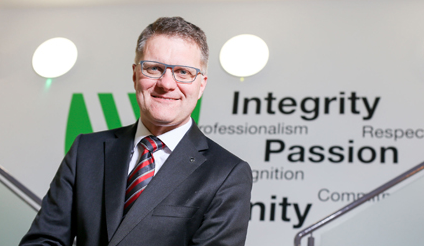 Shares of Gateshead-based Vertu Motors plc rose as much as 6% on Wednesday after it said it anticipates full year profits will be ahead of market expectations and that it has a “strong acquisition pipeline in place.”

Vertu also announced that it has agreed a further £3 million share buyback programme, having recently completed a £2.9 million stock buyback.

Vertu published first-half results showing its adjusted profit before tax fell to £28.2 million “which was reduced, as anticipated, from the record result delivered in H1 FY22 of £51.8m.”

First half revenue grew 3.9% to just under £2 billion for the six months ended August 31, 2022, “aided by new and used average vehicle sales prices.”

The Gateshead firm said it “is now anticipated to be the fourth largest automotive retailer in the UK by revenues.”

Vertu reported an increased interim dividend of 0.70p per share declared, up from 0.65p in H1 FY22.

“The group continues to benefit from its focus on operational excellence around cost, conversion and customer experience aided by continued digitalisation initiatives.

“Cashflow generation has been strong and the dividend for the first half has increased again.

“The business is strategically very well placed with significant firepower to expand its footprint of franchised dealerships across the UK.”