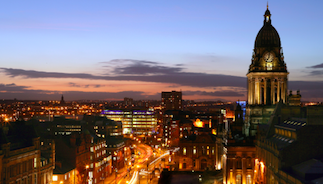 The UK central bank, the Bank of England, has “delayed” plans to move hundreds of staff from London to Leeds, as the economic turmoil slows the UK government’s so-called “leveling up” agenda, according to a Bloomberg report.

An intention to acquire up to 100,000 sq ft of office space in Leeds has also been shelved and recruitment plans frozen as the UK central bank focuses on the UK’s economic crisis.

A spokesman for the UK central bank told Bloomberg the BoE is “revisiting our plan and timetable but our presence in Leeds will continue to expand.”

The UK central bank said in April last year that it planned to move from a small satellite office in Leeds to “a new hub” in the city “as part of an ambitious plan to significantly increase its staff presence across the United Kingdom.”

But this week the BoE would only say: ““We are fully committed to expanding our staff presence outside London and the South East, in order to better serve and attract people across the UK …

“It is important that we take time to get this right, not least as post-pandemic ways of working are still being established …

“We are revisiting our plan and timetable but our presence in Leeds will continue to expand, and our intention to create a Northern Hub there remains.”