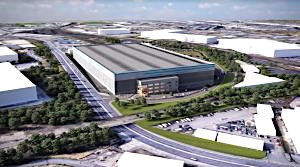 South Yorkshire Pensions Authority (SYPA) said it invested £80 million via local development loans into the local economy in 2022 “as part of the organisation’s ongoing commitment to Place Based Impact Investment.”

“The loans support and help to deliver three key priorities for the region including the regeneration and re-use of brownfield land, construction of new housing to diversify housing supply across the area, and generation of new employment,” said SYPA.

“The loans made by SYPA, working alongside other partners including the JESSICA Fund and Homes England, in some cases have delivered against all these aims, including bringing redundant buildings back into use with consequent carbon savings.”

The loans already agreed will:

SYPA said the loans have seen the redevelopment of an 11-acre site on Greenland Road in Sheffield to create 191,150 sq. ft of industrial and logistics space, as well as contributing to the regeneration of an existing 130,750 sq. ft former B&Q warehouse and developing 58,000 sq. ft of new industrial units.

They also have seen a landmark Sheffield site brought back into use with a £10.7 million loan to developer Capital and Centric to support the building out of the iconic Grade II listed Eyewitness and Ceylon Works sites on Milton Street, Sheffield.

Working with Homes England, SYPA’s funding will allow the development of 97 loft apartments and town houses, along with a 900 sq. ft café-bar, while preserving the fabric of an important site for Sheffield’s industrial heritage, at the heart of a new neighbourhood.

A £5.8 million loan has facilitated the redevelopment of 82,500 sq. ft of industrial space across three units at the Advanced Manufacturing Park (AMP) in Rotherham, also a former colliery site.

With another loan of £6.8 million loan that has funded the development of the next phase of Gateway 36, 110,000 sq. ft of industrial space across three units, located just off Junction 36 of the M1. This is Phase 2A of the wider master plan to redevelop the former Rockingham Colliery.

“CBRE who manage this also manage the JESSICA Fund on behalf of the Sheffield City Region and through the operation of this fund engage on behalf of the Authority with local stakeholder such as the four District Councils, the Mayoral Combined Authority, the Local Enterprise Partnership and Homes England.”

The latest investment to be signed off was a £34 million development loan approved for the Trammell Crow Company to deliver a grade A logistics scheme in Sheffield.

The Authority has over £40 million of local investment loans in the pipeline for developments in Doncaster, Sheffield and Barnsley for 2023/2024.

“It’s a pleasure to have invested our members’ capital in these local development schemes, providing quality jobs for our community and developments that are completed to high environmental standards, providing new leases of life to unused or neglected spaces.

“It is rewarding to see the Pensions Authority use its power as an investor to help with a number of developments across South Yorkshire, boosting the regions’ economy while making the returns we need to pay our members pensions.”