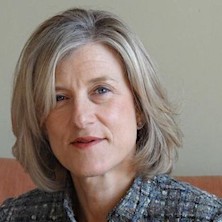 Merseyside-based Vimto and soft drinks firm Nichols plc said its revenue increased 14% to £164.9 million in the year to December 31, with second half performance up 10% year-on-year.

Nichols also announced the appointment of experienced company director Elizabeth McMeikan as its next non-executive chair.

In a trading update, Nichols said the Vimto brand continued to perform well, with its brand value increasing by +3.4% in the UK, according to Nielsen.

“Despite ongoing inflationary pressures, which accelerated during the second half, the group expects to report FY22 Adjusted Profit Before Tax (Adjusted PBT) in line with market expectations,” said Nichols.

In its outlook, Nichols said: “The group has a proven, diversified, and international business model. However, it is not immune to the significant and accelerating inflationary pressures impacting the wider consumer and soft drinks markets.

“Whilst FY23 will be a challenging year as cost of living pressures impact consumer demand across all routes to market, the group will continue to seek to mitigate these pressures through both cost efficiency and revenue management.

“Throughout FY22, this has helped the Vimto brand continue to grow in the UK and internationally, which the board is confident will continue in FY23.

On the appointment of the new chair, Nichols said McMeikan will initially join the group as a non-executive director (NED) on February 1, 2023, before becoming non-executive chair on April 26, the date of Nichols’ 2023 AGM.

As announced on April 27, 2022, John Nichols announced he would retire as non-executive chairman once a suitable replacement had been identified and appointed.

“Elizabeth brings a wealth of consumer-focused public and private company experience to the board from a number of non-executive board roles, further to an executive career spent with Colgate Palmolive and Tesco,” said Nichols.

“As was announced in December 2022, Elizabeth will step down from her position at Unite Group plc at the end of February 2023.

“Elizabeth will become a member of the Nomination, Remuneration and Audit Committees following her appointment to the Board, chairing the Nomination Committee.

“The group confirms that John Nichols will remain on the board as a Non-Executive Director.

“John will take the second of the two Nichols family board positions, sitting alongside fellow Non-Executive Director James Nichols, agreed as part of the Relationship Agreement signed in July 2020.”

John Nichols said: “Following a thorough search process, in Liz the Nominations Committee have identified an outstanding candidate to take over as the group’s next chair.

“She has significant experience in consumer-facing businesses and public company boards, which I am very confident will be of great value to the group.

“Liz will join the board in February, enabling a smooth transition before taking over as Non-Executive Chair following the group’s 2023 AGM.”

McMeikan said: “Nichols plc is an outstanding business with a proud history and exciting future prospects. I am both delighted and honoured to be given this opportunity to take over as the company’s next chair.

“I look forward to joining the company and working closely with my new colleagues to contribute to the Group’s continued, sustainable success.”