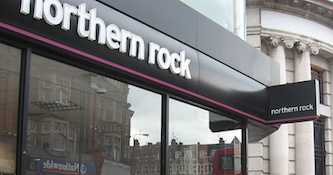 Thousands of Northern Rock shareholders who had their investments wiped out when the bank was nationalised by the UK state almost 10 years ago are renewing their campaign for compensation, according to reports.

They argue the UK Government is set to make billions of pounds in profit from the bailout of Northern Rock by the UK taxpayer.

Dennis Grainger, chairman of an association of small shareholders in Northern Rock, told the Financial Times he planned to write to UK Prime Minister Theresa May asking for a meeting to discuss the demands of his 160,000 members, many of whom are widows and pensioners.

“It cannot be right that parliament approved the expropriation of private property in the interests of financial stability, without payment of any compensation, when it is now known that there will be a substantial profit accruing to the government from the nationalisation of Northern Rock,” reads a document the association said it will submit to the government.

The Treasury has sold many of Northern Rock’s assets, recouping much of the £37 billion of funding it provided to rescue the lender.