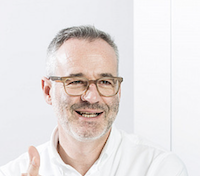 Shares of Chester-based price comparison website Moneysupermarket.com soared 18% on Thursday after its results for the year ended December 31, 2019, showed revenue grew 9% to £388.4 million and profit after tax rose 10% to £94.9 million.

Moneysupermarket.com said on Wednesday that its CEO Mark Lewis “has indicated to the board that he wishes to step down as chief executive and pursue his career in a new direction.”

Lewis said of the results: “It’s good to report the group returned to profit growth and once again helped UK households save over £2bn on their bills.

“Innovation will continue in 2020 as MoneySavingExpert, the most trusted brand for finding energy deals, launches a new energy autoswitching service.”