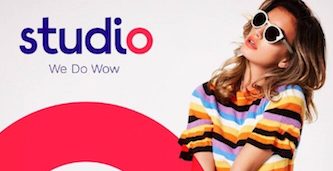 Ashley’s Frasers Group had been the biggest shareholder in Studio Retail Group at about 29%.

“The consideration for the transaction comprised cash and the release of SRG from its liabilities to the lending banks under its revolving credit facilities resulting in a cash payment by Frasers Group to the lenders in the amount of £26.8 million.

“The company also agreed to act as guarantor in respect of certain payments in respect of the SRG group pension scheme to the satisfaction of the trustees.

“As Frasers Group seeks to elevate its customer journey including a flexible repayment proposition, the acquisition of SRL will provide Frasers Group with expertise and synergies that will accelerate this ambition.

“Frasers Group is also pleased to have rescued another business out of administration and saved approximately 1,500 jobs.”

On February 14, AJ Bell Financial Analyst Danni Hewson had speculated: “Mike Ashley’s Frasers Group is the biggest shareholder in Studio Retail with a 28.89% position and his tactic has often been to wait until a retailer goes into administration before pouncing with a cut-price deal.

“He’s a shrewd operator and would rather wait until a company is on its final breath before coming in with a lifesaving offer.”