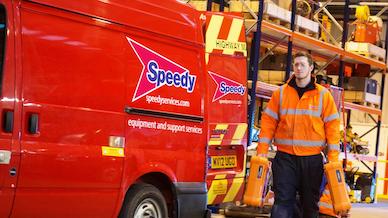 Evans has worked at SpeedyHire for 14 years.

“On 11 May 2022 Speedy announced that, after seven years with the company, Russell Down would be retiring as chief executive,” said the company.

“On conclusion of a rigorous recruitment process for his successor that considered both internal and high quality external candidates, led by the nomination committee with the support of external consultants, the board is pleased to announce that Dan Evans will join the board as chief executive with effect from 1 October 2022.

“Dan Evans is currently chief operating officer and has been with Speedy for 14 years.

“In his current role Dan is responsible for the group’s operational performance in the UK and Ireland including sales, business development and marketing.

“Russell Down will step down from the board and his role as chief executive on 30 September 2022.

“In accordance with his contractual term he will remain employed by Speedy until 10 May 2023 ensuring an effective transition.”