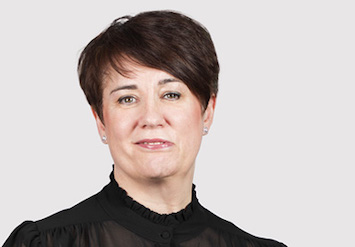 Newcastle-based Greggs said its sales rose 27.1% to £694.5 million in first half of 2022 but profit was flat at £55.8 million primarily reflecting “re-introduction of business rates, increase in VAT and higher levels of cost inflation.”

The food-to-go retailer said: “The rate of cost inflation increased significantly in the first half of the year, driven by food, packaging and energy commodities.

“We have continued to extend forward our purchasing cover and have fixed input prices for an average of around five months of our future requirements across these areas.

“Across all cost areas we now estimate that the overall level of cost inflation in 2022 will be around nine per cent, although some uncertainty remains.”

Greggs also announced the appointment of Matt Davies as chair designate. Davies joins the board with immediate effect and will be appointed as chair on November 1, 2022, when current chair Ian Durant will step down.

The Newcastle firm declared an interim dividend unchanged at 15p per share.

In its outlook, Greggs said: “Despite market-wide inflationary pressures Greggs has continued to perform well.

“Consumer behaviour is still recovering from the impact of the pandemic and employment levels are high.

“In a market where consumer incomes are under pressure Greggs offers exceptional value for customers looking for food and drink on-the-go.

“In the four weeks to 30 July like-for-like sales in company-managed shops were 13.1% above the equivalent period of 2021.

“Clearly there are considerable uncertainties in the economy as a whole, but we continue to trade in line with our plan and are making good progress against our strategic objective to become a larger, multi-channel business.

“As such, the board’s expectations for the full year outcome remain unchanged.”

Gregg’s new CEO Roisin Currie said: “Greggs delivered an encouraging performance in the first half of the year with sales ahead of 2019 levels.

“These results demonstrate the continued strength of the Greggs brand and demand for our great tasting, quality and value for money offering.

“During the period we continued to make good progress with our strategic priorities, including expanding our shop estate and making Greggs more accessible to customers through extended trading hours and digital channels.

“In a market where consumer incomes are under pressure Greggs offers exceptional value for customers looking for food and drink on-the-go.

“We are well positioned to navigate the widely publicised challenges affecting the economy and continue to have a number of exciting growth opportunities ahead, with a clear strategy for expansion.

“We remain confident in Greggs’ ability to deliver continued success.”

Victoria Scholar, Head of Investment, Interactive Investor: “First half like-for-like sales came in 12.3% higher than the comparable period pre-pandemic in 2019.

“Its profit came in at £55.8 million, unchanged year-on-year, reflecting the reintroduction of business rates, the increase in VAT and higher levels of cost inflation.

“It opened 70 new shops in the first half and closed 12, anticipating around 150 net new shop openings overall for the year.

“Although shares in Greggs had a tough first half, slumping almost 50% from peak to trough, July’s price action suggests the second half could be more positive with the emergence of an ascending trendline, lifting the stock back above resistance turned support at £20.

“But it looks like the macroeconomic backdrop will continue to be a key challenge for the bakery with the rising costs of food, energy and staff combined with consumers’ squeezed budgets and heightened price sensitivity.

“While Greggs already increased prices earlier in the year, it must be careful not to pass on its additional cost burden to consumers to the extent that it softens demand.

“The appointment of Matt Davies as Chairman is a positive development for Greggs, given his breadth of experience in retail, which will helping to alleviate some of the C-suite uncertainty and hopefully compound recent upward momentum for Greggs.”

Sophie Lund-Yates, equity analyst at Hargreaves Lansdown: “The return of business rates means bakery-favourite Greggs has been unable to lift profits, despite an impressive increase in sales.

“This disappointing development is wholly outside the group’s control, but it also comes at a time when cost inflation is taking a real bite out of things.

“For the full year, higher food, packaging and energy costs are expected to push overall cost inflation for the chain to 9%.

“It’s reasonable to expect that number to be revised upwards, putting pressure on Greggs to shift more pastry-encased goodies.

“Its position at the lower end of the value spectrum means Greggs is well placed to capture demand from those looking for a bite to eat, while times are tough.

“However there comes a point when cash-strapped consumers rein in that sort of spending altogether, which would be problematic for Greggs.

“The idea to shift away from core shopping locations and into travel hubs, like train stations, is a strategy that’s served the likes of WH Smith well, and holds real merit as a hedge against declining town-centre footfall.

“Ultimately, Greggs has a sturdy balance sheet and room to stomach disruption, but an abrupt change in consumer spending habits could see the much-needed strategy rejuvenation taken off the boil, which would have far reaching implications.”

Charlie Huggins, Head of Equities at Wealth Club: “Greggs has managed the pandemic well and sales have recovered strongly. However, just as one major threat recedes, another rears its ugly head – this time inflation.

“The cost of raw materials, energy and wages are all rising rapidly. Greggs is significantly exposed to all three, putting pressure on profits.

“There’s a limit to how far it can raise prices to offset these extra costs.

“Greggs also has a reputation for offering exceptional value for money, which it’s keen to uphold. Aggressive price increases now would be akin to gorging on pasties and donuts – feels good in the short-run but not so good for long-term health.

“So far, Greggs is managing these pressures well. While costs have grown, so too have revenues. Gregg’s brand reaches more people today than before the pandemic, and is in fine fettle.

“For that, the group can thank Piers Morgan’s hatred of vegan sausage rolls, but also excellent operational execution.

“Greggs has transformed its supply chain while growing its product range and store estate. Nowadays, you can get a Greggs sausage roll, or even a Mexican Chicken Baguette, delivered directly to your door.

“If Greggs can maintain its recent sales momentum, it will go some way to offsetting inflationary pressures.

“But the group’s near-term prospects still look rather unappetising given the extremely unsavoury cost outlook.

“That headwind is probably more or less baked into the share price, but until inflation comes down, Greggs will have to run hard just to stand still.”