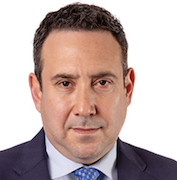 Liverpool-based FTSE 100 firm B&M European Value Retail S.A. has confirmed that CFO Alex Russo will succeed Simon Arora as group CEO on September 26, 2022, the commencement of the second half of the group’s financial year.

Arora will continue to serve on the board as an executive director until the end of his notice period in April 2023.

Mike Schmidt, previously announced as the successor to Russo as CFO, will join B&M on October 17, 2022.

B&M is based in Liverpool and registered in Luxembourg — but its shares trade in London, where its stock was down 1% to around £3.44 to give the firm a current stock market value of about £3.4 billion. B&M shares are down 45% year to date.

“In the short period between Alex’s appointment as CEO taking effect on 26 September 2022 and Mike joining as CFO on 17 October 2022, Alex will retain responsibility for his current role and will be supported in that work by Peter Waterhouse as group financial controller,” said B&M.

“On 18 August 2022, the group announced that Ron McMillan (currently senior independent director and chair of the audit and risk committee) would be retiring as a director at the conclusion of the company’s AGM in July 2023 and that Oliver Tant would be appointed to the board in November 2022 and would succeed Ron as chair of the audit and risk committee when he retires from the board.

“The group now confirms that Tiffany Hall, currently non-executive director and chair of the remuneration committee, will become senior independent director when Ron retires from the board.

“Since there is currently no vacancy in the office of a director, in accordance with Luxembourg law, Mike Schmidt’s and Oliver Tant’s appointments to the board are required to be approved by resolutions of shareholders at a general meeting of the company.

“Accordingly, an Ordinary General Meeting of shareholders will be convened for 31 October 2022 for that purpose.

“Subject to their appointments being approved at the meeting, both appointments to the board will take effect on 1 November 2022.

“Further announcements will be made to confirm when the notice of the meeting has been sent to shareholders and, following the meeting, to confirm the outcomes of the votes.”